German commands are widely used in dog training. But introducing dog command in German for dog training is a mutual enhancing experience. It doesn’t matter whether you own a canine type of German breed or you prefer German accents. Through this step by step guide, I will explain how you can quickly achieve that.

Why are dog training commands in German?

The German language is widely used to communicate effectively with dogs. In the mid-1900s, Germany received incredible demands to train the dog for police work and war. At that time Germans did extensive research on training dogs for a broad range of service tasks. Those techniques were hugely successful. As a result, still today, most of the trainers adopt and use dog commands in the German language while training.

Dogs can understand German best because it is the most accessible to them. Moreover, dogs occupy a logical but straightforward brain. They often become confused with the English language context. You can select any foreign language to command your pet. What matters is you use the right unique accent only when you need to communicate with your pet.

The significant advantage of using dog command in German is that they’re more effective than English. For example, our regular day to day English words like come, down may seem confusing for them. On the other hand, German commands are exact. So it reduces the rate of mistake and confusion drastically for your pooch.

What are the golden rules of success?

Research says that most of the German breeds are among the brightest working dogs. Because of their intelligence, they can sometimes be stubborn. So they need an expert hand as well as smart approaches to be appropriately trained.

As your first step, you need to select which dog command in German you wish to train your adorable pet. The next step is a bit challenging. Here it would be best if you worked on figuring out how to articulate that accurately to your dog. Finally, it’s your pooch’s turn to grab that, understand and act accordingly.

Although the German breeds are easy to train, they are generally healthy and sturdy. So the most appropriate time to start the dog training command in German at the puppy stage. At the puppy stage, you have full control. You can easily shape and train its personality and build the relationship. You should introduce the German commands as you would with English. For matured pets, things get a little bit complicated. You need to provide more time for them to map new instructions with the old ones.

Now you need to start with the basic commands. Commands those are standard and taught during obedience classes, e.g. sit, down, come, heel. Here is the list of commands that can be used at this stage.

At this stage, some advanced commands can be applied based on requirements. These are helpful if you’re planning to do advanced training for your pet. For agility training, you can start jumping. Whereas if you need search and rescue, you can train your dog to bark. Here is the list of commands.

Now you are ready to use your commands. We suggest you to select which instructions are relevant for you precisely. Once, you have chosen the commands; you can start to pronounce those. It’s time to train your dog in German terms. We strictly advise focussing on one instruction at a time. Be precise, concise, bold and crystal clear. Start by speaking out the new German command followed by the known English command. For example, say “Fuss” followed by “Heel” and then praise and reward your dog. Repeat the same process several times.

Now you are on intermediate phase. Set a point, from when you’ll start removing the old commands so you can focus only on the German commands. A good time for this is when your pet reacts to the German commands. Next, the final test, start using the instructions in German when you are alone to see if your pooch responds or not. If it does, praise and reward for establishing the bond. If you found difficulties, try doing more and more using both commands.

We tried to provide a detailed guideline with all the necessary resources to help you. We recommend you to be relaxed and pay more attention to your furry friend. In this way, it will learn even faster! And both of you will enjoy your time together as well. We believe this journey will be fascinating. As you’ll be learning your second language with your dog! And don’t forget to impress your friends & family with these new skills. 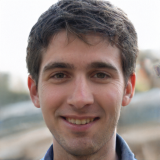 Ethan's interests mostly on dog care and training. His mission is to help with his well researched actionable guides and techniques. He loves spending time with his GSD and sharing quick tips on dogs.